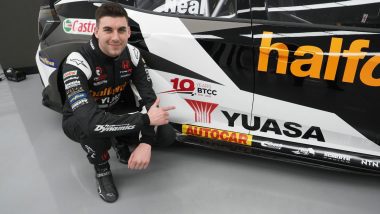 Dan Cammish secured successive finishes of third in the British Touring Car Championship in 2019 and 2020 whilst with Team Dynamics. Pictures: Darren Price.

DEPARTING Team Dynamics driver Dan Cammish admits that he still looks back on his close run-in with the British Touring Car Championship drivers’ title in the 2019 season, when he was cruelly denied individual glory in the final race of the campaign.

The Leeds native, 31, has recently waved goodbye to the Droitwich Spa based team after three years, during which time he helped challenge on all fronts in tow with fellow Honda driver and Team Dynamics director Matt Neal.

It has been a whirlwind spell for Cammish since his debut campaign in 2018, coming within a lap-and-a-half of securing the crown and only being denied by a brake failure in the season finale at Brands Hatch a year later, followed by a second-successive finish of third in 2020.

While Team Dynamics and Neal must push on without their star man this term, Cammish is being eyed by a number of teams, and is expected to make the next call on his career in the coming weeks.

And though he has been kept occupied by dealing with the plaudits that have understandably followed since announcing his departure, he has also taken the opportunity to reflect on what could have been.

“I gave it my all in a highly-competitive era of the Championship,” he said.

“But for a freak failure, I would have achieved what I set out to achieve too.

“Where one door closes, another can be opened, so let’s see what the future holds.

“Whilst it is really disappointing for me, I have to think Team Dynamics for their faith in bringing me into the Championship three years ago.

“If it wasn’t for the team, I probably wouldn’t have got my big break in the BTCC and managed to do what I have done.

“We have parted on exceptional terms and I will be keeping in contact [with the team] going forward.” 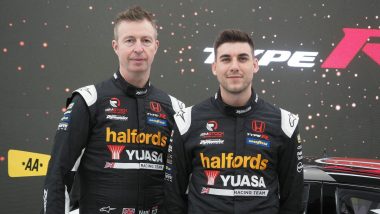 For teammate Neal, who must now help the team pursue a new driver to accompany him in the forthcoming Championship season, there is a mutual respect and understanding between the pair which has benefitted both men on the track.

“Dan is a fantastic guy and has been a great driver for us,” he said.

“He is blindingly fast and a demon in the wet conditions, I’d like to think I’ve taught him a few things along the way, but he has certainly taught me a few things as well.

“We wish him all the very best for the future and will very much be keeping in touch.”

Jamie Rodgers, team manager at Team Dynamics, also paid testament, adding: “Dan is and always will be part of the Dynamics family.

“We have tried very hard to keep him as part of the team for 2021, but it was not to be and we have had to part ways.”