Can you take on Droitwich's belly-busting Mega Breakfast Challenge?

TWO councillors were among those taking on a belly-busting breakfast to highlight a competition to find the best first meal of the day in Wychavon. 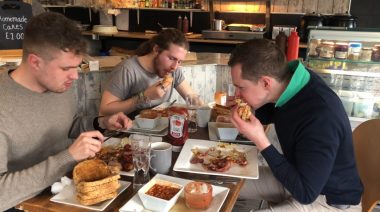 Coun John Hartley was joined by his brother Matthew and Coun George Duffy at the Sandwyche Cafe at Droitwich Station where they pitched themselves against the Mega Breakfast Challenge.

Diners get it free if they complete it in 20 minutes or otherwise it is £15. 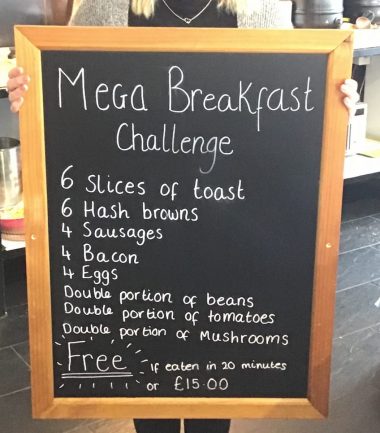 Coun Hartley said: “It didn’t look much on the board but was massive when it was placed in front of me.

“I managed two thirds in ten minutes but then had to give up, my brother hardly dented it and George did the best and finished the most.”

Residents have been voting on the best breakfast in the district, whether it is a filling full English, classic continental or a healthy fruit-filled extravaganza.

Worcestershire’s Vale and Spa is hosting the inaugural Favourite Breakfast Competition on Facebook and has been asking residents and visitors to take their pick from the district’s best pubs, restaurants, farm shops, cafes and more.

The Sandwyche Station’s offering has reached the shortlist and your votes are now needed if it is to have a chance of winning.

Semi-final voting closes at the end of today.