A TEAM of firefighters from Hereford and Worcester Fire and Rescue (HWFRS) have vowed to continue the fund-raising legacy left by former colleague Stu Crebbin.

Stu was just 46 when he died in March after a 12-month cancer battle.

Despite Stu being diagnosed with PTSD in January 2020, then colon-cancer in April 2020, having to undertake intense chemotherapy and immunotherapy sessions in the lead up to the challenge, even these setbacks did not stop him from completing the majority of the challenge. 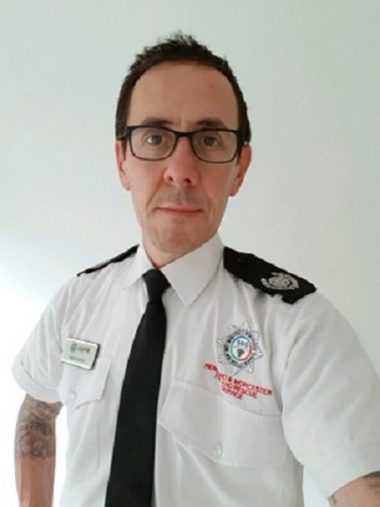 The final total raised last year was an incredible £11,384 for the Fire Fighters Charity.

The spirit and zest for life Stu demonstrated and especially his dedication to the Firefighters Charity is something Stu himself wanted to see live on.

With that in mind the team are determined to maintain last year’s momentum and are hoping people will support this year’s event.

Hereford firefighter Spencer Jones and 32 HWFRS colleagues have begun training in earnest to prepare for The Brecon Beacons 10 Peaks Traverse (West to East) on August 7 in memory of Stu and to raise funds for the Fire Fighters Charity.

Spencer said: “Covid-19 restrictions meant only family and a few close friends were able to pay their respects by attending Stu’s funeral, so this seems a fitting way to celebrate Stu’s life whilst raising money for a charity which was very close to his heart and supported him and his family through his final weeks.

“Prior to Stu’s cancer diagnosis he was also diagnosed with PTSD and the charity were also there for him then offering their support and rehabilitation when he needed it most.”

The cause, like many, has been heavily impacted by Covid-19 and it was Stu’s wish, with the full support of his family, donations after his death be made to the charity and that his extraordinary legacy continued so other firefighters and their families could benefit.

The full Brecon Beacons 10 Peaks Traverse 24-hour challenge, involves climbing the 10 main peaks within the Brecon Beacons National park, around 42 miles of mountain terrain with 3,100 metres of ascent and the average 80kg person burning around 9,000 calories. It has been described as mentally and physically challenging, but incredibly rewarding.

Stu’s sister Sam Crebbin will be there on the day of the event and is looking forward to seeing everyone and sharing great stories and special memories of her brother.

The family has said: “Stu was dedicated to raising money for the Fire Fighters Charity and specifically asked for donations to be made to this charity on his behalf, we know he would fully support and love this event. 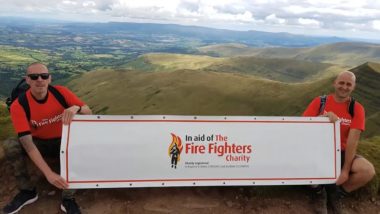 “We would like to express how honoured we are at this event being undertaken in memory of Stu, he thoroughly enjoyed this challenge himself in August 2020 and we are certain he will be with you and all that take on this 2021 challenge, so go and make him proud and keep the momentum going.”

Spencer added: “The outpouring following Stu’s death from fire and rescue services and colleagues across the country was overwhelming, and showed what a popular and inspirational individual he was – far beyond just the fire service he worked for.

“He made his mark, genuinely cared for people and stood up for what he believed.”

A Just Giving page has been set up inviting donations/sponsorship for the epic challenge justgiving.com/fundraising/stusphoenixchallenge

Anyone wanting to join ‘Stu’s Phoenix Challenge’ team whether through participation or assisting with logistics should email Spencer at sjones@hwfire.org.uk.