THE ORGANISER of Droitwich Food and Drink Festival hailed this year’s event – his last one in the role – as a huge success as thousands flocked to the Lido Park at the weekend.

Patrick Davis launched the festival seven years ago to put the town on the map. It has since grown from 40 stalls to more than 120 and gone from a day-long event to a whole weekend.

Patrick said: “When I approached the council about the first one I did not know how it was going to be received but people got behind it and it has gone from strength-to-strength.

“We have had some fantastic people cooking and displaying here and now have a wide variety of chefs which come down.” 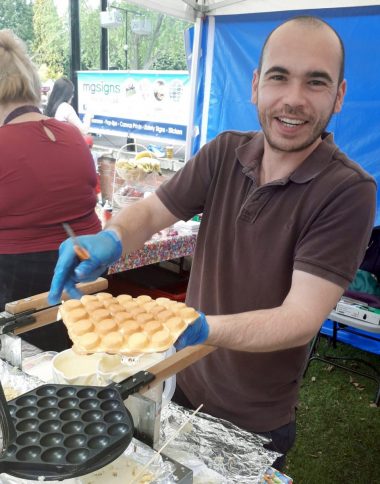 The festival was helped by a weekend of sunshine as it featured stalls from all over the Midlands, live entertainment, children’s activities, cookery demonstrations and, for the first time, a chilli-eating competition.

Among the visitors were farmers and food producers from Voiron, one of Droitwich’s twin towns.

Pierre Micol, the chair of the French twinning group in France, said: “It’s very busy and we are pleased the organisers sorted out some good weather for us.

“The Droitwich people have been so friendly and have been trying our produce and buying it.” 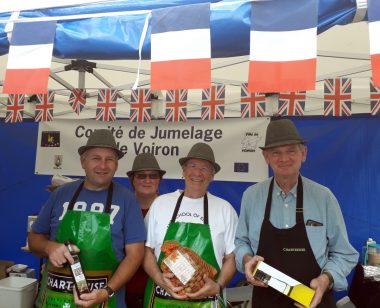 John Everard, the chairman of the Droitwich Twinning Group, added: “They are all really pleased with the reaction they have had and have even met a few people who speak fluent French and want to test out their skills.”

Among those demonstrating their products were Chris Howard and Kasia Bluy from Stratford-based Monsoon Estate Coffee Co.

Chris, who owns the firm, said: “This is the first time we have had a stall and demonstrated what we do and it is a fabulous event.

“It is really well-organised and there is a fantastic family-friendly atmosphere.

“The stall layout is well-thought out which is very important at events like this.

“You can tell it is run by local people who care about it and want to ensure it is successful.” 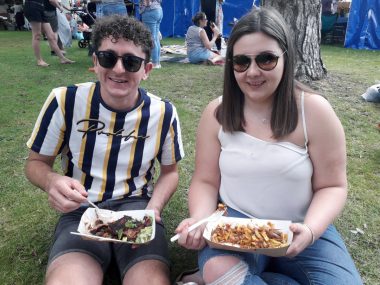 Among the products launched was a new craft lager – Wych’s Brew – from Food at Webbs and Droitwich Salted Caramel by #Nom which sold out.

The Sunday was dedicated to celebrating Droitwich Salt and the town’s brine heritage.