A PLANNING application has been submitted for Droitwich’s Chateau Impney Hotel which permanently closed last April during the pandemic. 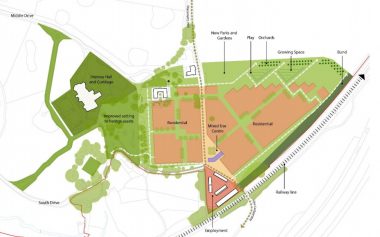 The ‘screening option’ lodged with Wychavon District Council has been put forward to see if an Environment Impact Assessment is needed to be submitted with a full application.

According to the proposal, Impney Hall – the main part of the Grade II listed 19th century building – would be restored.

Some of the modern structures, which were built afterwards, detract from the building’s heritage and are not required for the venue to run as a hotel, would be demolished.

Impney Hall would continue to be retained as a hospitality venue and buildings on the south-east part of the site, already occupied by businesses, would be retained.

The application also suggests there could be residential development with a ‘likely upper limit’ of 200 properties and a small amount of employment space – some 1,000sq metres. 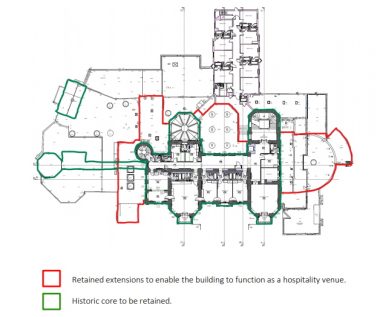 A new park and play area could also be created and the majority of trees on the site would be retained.

The north-east of the site is the only area where newly-planted non-native species could be removed – they would be replaced with native varieties elsewhere to improve the estate’s biodiversity.

The chateau-style Impney House was built between 1869 and 1875 by Droitwich and Stoke Prior Salt King John Corbett for his ‘homesick’ French wife.

The property has been run as a hotel since the late 1940s and more recently as a wedding and conference centre.

The Chateau Impney Hill Climb motorsport event was brought back in 2015 after a gap of more than 50 years and proved extremely popular with sell-out crowds and £1million generated annually for the local economy.

Last January the organisers said the 2019 Hill Climb was to be the last as it was a ‘big time focus’ for just two days of the year when the hotel and exhibition centre operated for 365.

The Standard contacted Impney Estates but no-one was available for comment at this time.