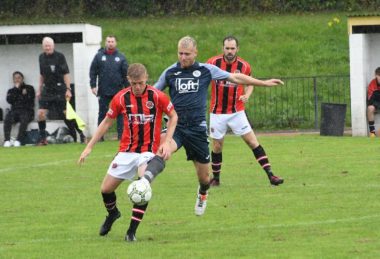 THERE WAS success for Droitwich Spa – unbeaten after three matches played in West Midlands (Regional) League Division One – after seeing off Gornal Colts 2-0 last weekend.

Despite struggling to find their feet in the opening exchanges, the Saltmen came through a tricky encounter at the Dell Stadium thanks to second-half goals from James Lemon and Cory Rudd.

Spa custodian Matt Oliver kept his side in the game with a string of saves in the opening half, but was a mere spectator after the interval, witnessing Lemon tucking home a rebound for the go-ahead goal after his initial shot was tipped away by Gornal’s Aiden Cox.

Rudd’s thunderbolt for the second was markedly more impressive, thumping a fierce strike into the roof of the net from the edge of the penalty area.